Station of the Year

This award showcases the best of hospital radio, from the interaction with station listeners to the delivery of an engaging station output. The entry should show the judges a variety of programme content from the station. The entry may include material from any special programmes or events covered during the year. 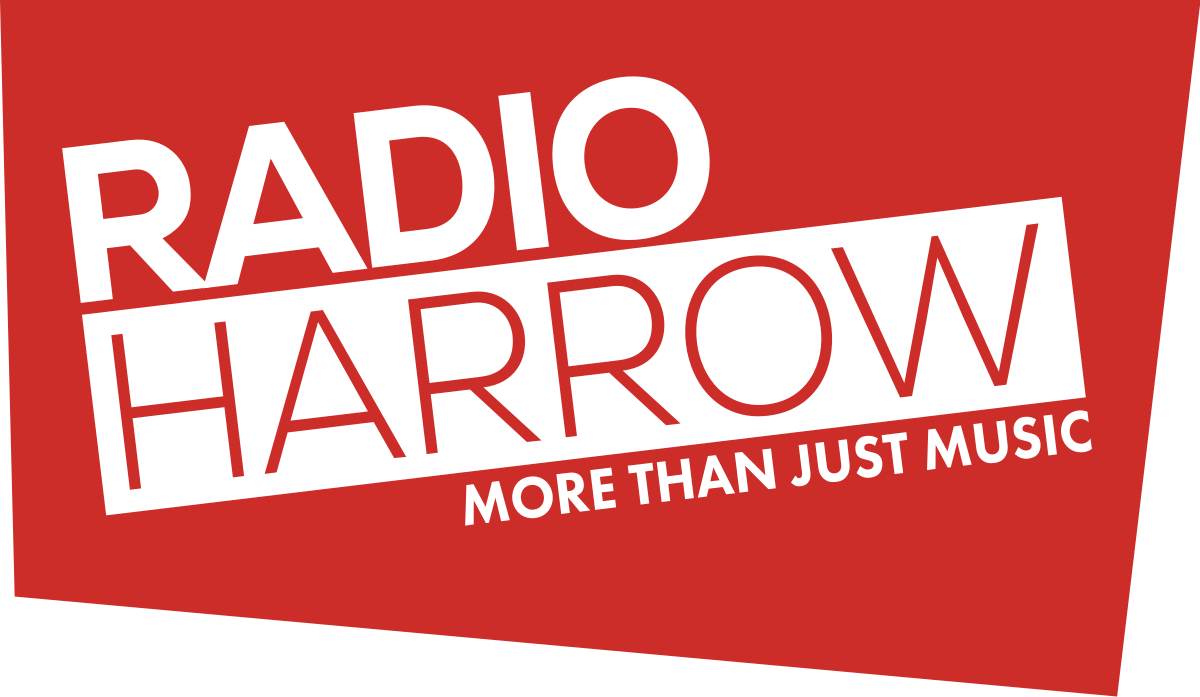 The Judges said... "Our Gold winner is, in the words of the judges, a strong, confident station with an entry that showed a truly great variety of content. It was upbeat, positive, with the right level of information and entertainment. It tackled the Covid crisis and hospital reaction well and with calmness, alongside informative local news. It clearly interacts well with the patients – its listeners – and finds new ways to elevate a request show. The presenters also showed great chemistry." 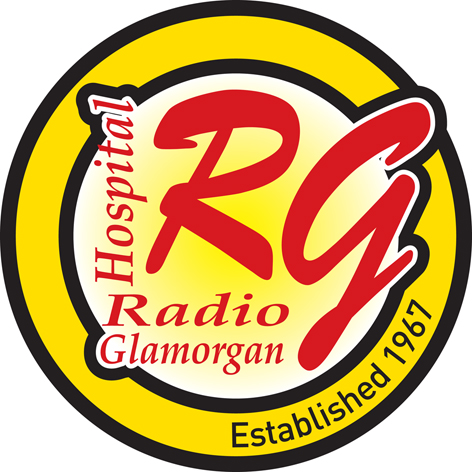 The Judges said... "Our silver winner, according to the judges, perfectly showcases the power of hospital radio. They said it had the best start to an entry by a MILE. There was plenty of lockdown mentions and updates but the entry remained upbeat, with requests for NHS staff and key workers."

The Judges said... "The judges loved the interaction with the listeners on our Bronze winner’s entry. They said it was a well-rounded, positive, station, which truly serves its audience. Reaching the request milestone was a brilliant moment and deserves to be recognised."

Designed to accurately demonstrate the diversity of presentation skills and awareness of, and engagement with, the audience. Entries should showcase a variety of subjects and style. Passion, energy and personality should be evident to the listener. 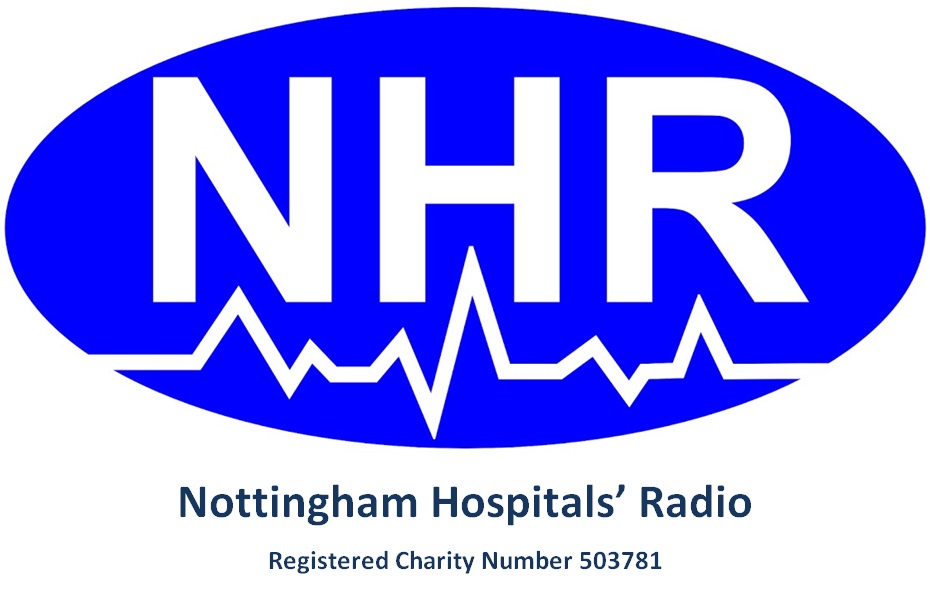 The Judges said... "Our Gold winner was outstanding. He clearly understands his audience. Is warm, friendly, has that likeability factor and is just a real engaging listen." 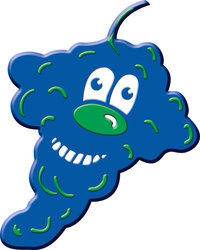 The Judges said... "Our Silver winner had that instant likeability, someone you can easily connect with. A real passion for what their doing, delivering great radio for their listener."

The Judges said... "Our bronze winner had a warm, friendly, voice. Someone nice and friendly to listen too. An enjoyable entry, showing their real skill as a presenter."

Designed to accurately demonstrate the diversity of presentation skills and awareness of, and engagement with, the audience. Entries should showcase a variety of subjects and style. Passion, energy and personality should be evident to the listener.

The Judges said... "Our winner showed a real diversity of presentational skills and a real awareness of her audience. The judges said she displayed a real passion and energy, was natural and local and showcased a variety of subjects and style." 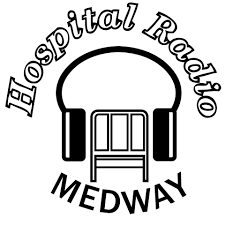 The Judges said... "Our silver winner was described by the judges as a presenter with a warm, natural delivery. Again, she’s instantly likeable, with a smile in her voice. There was an appreciation of who the audience is, and she showed a real nice presentational style." The Judges said... "This presenter was warm, natural and likeable. She showed she was comfortable with interviewing people and in more general pieces too – so talking about the music, for example. A really good listen."

This award is designed to showcase the power of speech through the medium of radio. Entries should be submitted from a single programme, outstanding interview or a special event. If using an event that has been covered, it should be a one-off programme and not part of the station’s regular output.

The Judges said... "they loved the use of family member voices in this entry – it sounded wonderful, as one judge put it. Beautifully and sensitively put together, telling what was the story of the year. Indeed, one judge said you made her cry! They agreed it was absolutely outstanding and, without doubt, worthy of Gold. "

The Judges said... "That this entry included a wonderful use of archive audio, with fascinating detail, that really brought the piece to life." 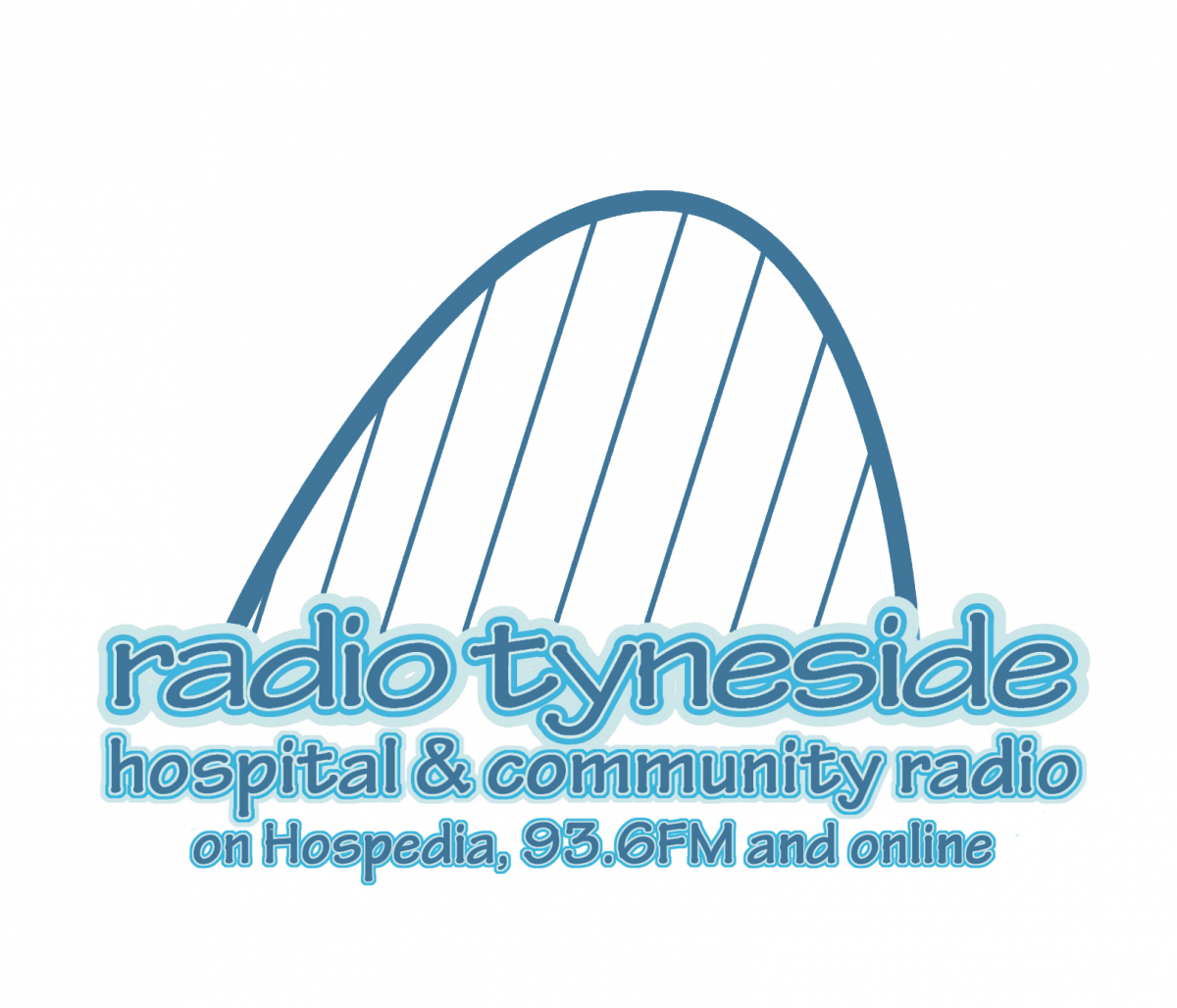 The Judges said... "They loved the variety of voices in this entry - lots of bustle, noise, warmth and a real sense of community. It was, they said, informative and engaging."

Designed to celebrate and recognise new talent across the hospital broadcasting community, this award is open to anyone who joined a hospital radio station for the first time during the two years prior to the closing date. 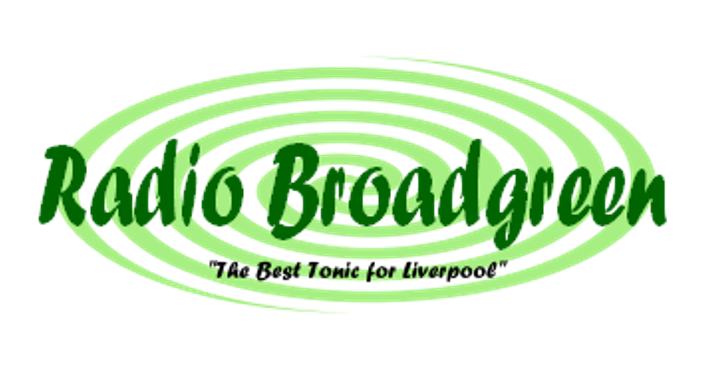 The Judges said... "the gold winner was just a great listen. They had a nice, natural style, on-air and really speaks one-on-one with the listener. " 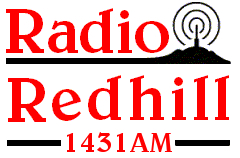 The Judges said... "This newcomer was really good at painting pictures - using just the right words, bringing to life the subject. They also showed great rapport with interviewees as well."

The Judges said... "our bronze winner was a really good listen - with good observations and really nice audience reaction too."

Designed to demonstrate the presenter's expert knowledge of the music in question. Evidence of energy and passion for the genre should be evident to the listener. The entry may also include any content applicable to the programme. For example, an event guide/what's on feature relating to the show. Entries may include any genre such as jazz, classical, country etc.

The Judges said... "A really clever intro that my attention from the word go, is how one judge summed up our Gold Winner. A well thought out show, with so much attention to detail and delivered perfectly. The judges agreed there was nothing not to like about this entry and it had their attention, throughout. A fantastic entry of what sounded like a fantastic show." 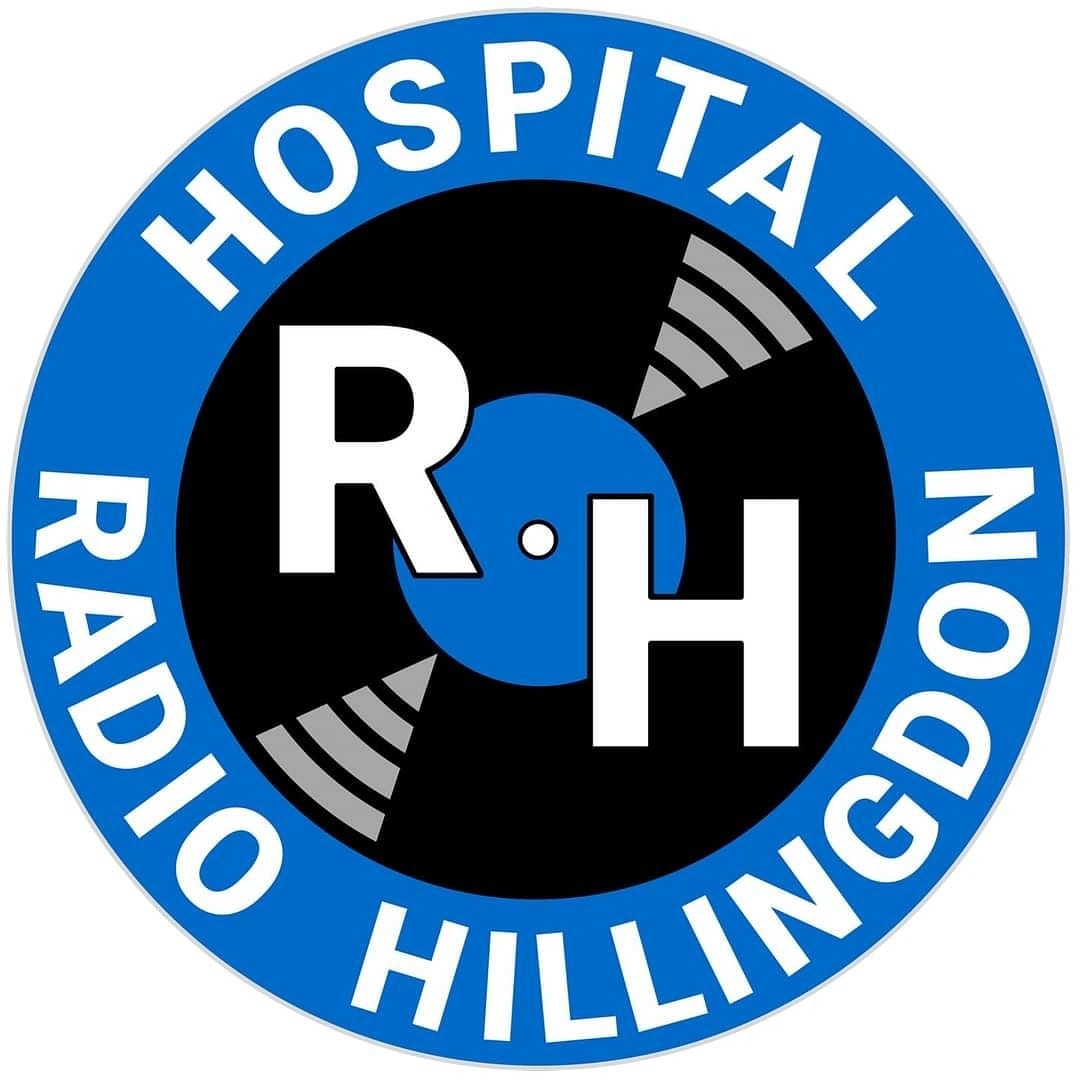 The Judges said... "This was a really well put together show, focussing on the glam rock era – with great knowledge and excellent use of audio clips as well. One said it was an entry that left me wanting more – very professional and a really good listen."

The Judges said... "They loved the chemistry between Pete and Jonna. Their knowledge of the subject really shone through. They said that you can really hear the huge amount of preparation that went in to the show, with huge passion for the music being featured."

Designed to allow demonstration of delivering an engaging, clear and concise message within a specific time, this entry must be produced and presented by the station. The entry can consist of a promotion or trailer and should convey the message and attract the ear of the listener.

The Judges said... "There was a clear, concise, message pointing towards the programme on Valentines Day – with really good use of audio, which made the promo even more engaging. "

The Judges said... "they liked the idea of using a recognisable character in Jimmy Royle (Ricky Tomlinson), which easily caught the ear of the listener."

The Judges said... "They loved the simple and clear message about the radio station, with a couple of jokes that were so bad…they were good."

Designed to recognise those behind the scenes, this award celebrates pushing the boundaries, using innovative, novel or pioneering ideas.

This award is open to all across the various roles hospital broadcasting organisations may have. Technical to administrative, fundraising to Trust or Board engagement – this award celebrates achieving a goal using new and inspiring techniques.

During these challenging times, we know that stations have had to make changes to be able to continue their excellent service, going over and above just using a playout system. For example, how have you raised funds to ensure you have been able to cover your broadcasting costs?  What other innovative ways has your station used to keep broadcasting and providing a service during these challenging times?

In 2013, Winchester Hospital Radio broadcast within the 450-bed Royal Hampshire County Hospital.
However, sadly, patients in only 100 beds could tune-in.

Discussions between the NHS Trust and Hospedia about replacing the system were stalled. The station's studio equipment (almost 25 years old) and computer playout systems (10+ years old) needed replacement – and thus fundraising – and the volunteer team, by now down to around 10 active volunteers, needed revitalising.
Having reviewed the alternatives, including closing the station, a bold plan was devised to remain as a health-related charity, but to relaunch as a community radio station, promoting health & wellbeing and active, positive ageing to the older generation in Winchester.

Positive discussions took place with local NHS organisations and councils. Innovative charitable objects covering health promotion were agreed with the Charity Commission, the charity was reconstituted as a new-style CIO; a successful application made to Ofcom; fundraising successes and home-designed technical innovation, saving thousands of pounds, enabled all-new equipment to be commissioned; and recruitment campaigns grew the volunteer team by a factor of three. The new Winchester Radio launched on 24th March 2019.

Exactly a year later, it had to pivot to support the local community in a time of dire need – something that it has coped with admirably. Remote broadcasting capabilities were rolled-out within days, and volunteers retrained to broadcast from home. Additional news and information bulletins were added to the schedule. The station has played a key part in keeping the local community informed and healthy throughout the pandemic.

Also, throughout the transformation, other hospital radio stations have been kept informed of progress via the HBA, and those who have decided to adopt similar plans helped with advice, guidance, model constitutions and Ofcom applications. 25 other stations have, so far, converted to a CIO with the same charitable objects; two have successfully applied for FM community radio licences.

The award celebrates an outstanding contribution, by an individual, to their station/hospital radio. The nominee does not necessarily have to be a long-serving member, as a contribution over a short period of time can also be transformational to a station. The nomination should explain why the candidate has made a real and long-lasting impact. The nominee must be working in hospital radio, may be drawn from the broadcasting arena but may equally be found from a technical or administrative background. They may have worked for single or multiple stations over the years.

The winning nomination wrote:Hello Mark, I’m aware this is a surprise to you as the committee members nominated you, behind your back.

They said they wanted to do it as a way of recognising the tremendous contribution you’ve has made to the radio station since joining as a rookie broadcaster – their words, not mine - in August 2013.

You’ve been chairman since 2016 and was instrumental in saving the station, when Hospedia ended its contract with the Trust, buying WiFi radio – dotted around the wards and launching an app for the station can be listened to on smart phones and tablets.

Having being furloughed, you’ve been volunteering on the hospital’s ‘mask station’, sanitising the hands of patients and visitors, and giving them a face mask on arrival. Vital work. This year, more than ever, you’ve displayed considerable leadership, which has included securing funding for new technical equipment, meaning presenters could broadcast from home – and keep the station on air – right from the start of the first Covid lockdown, while you - effectively - ran the studio alone for three months.

Great work, great leadership and a deserved winner of the John Whitney Award.