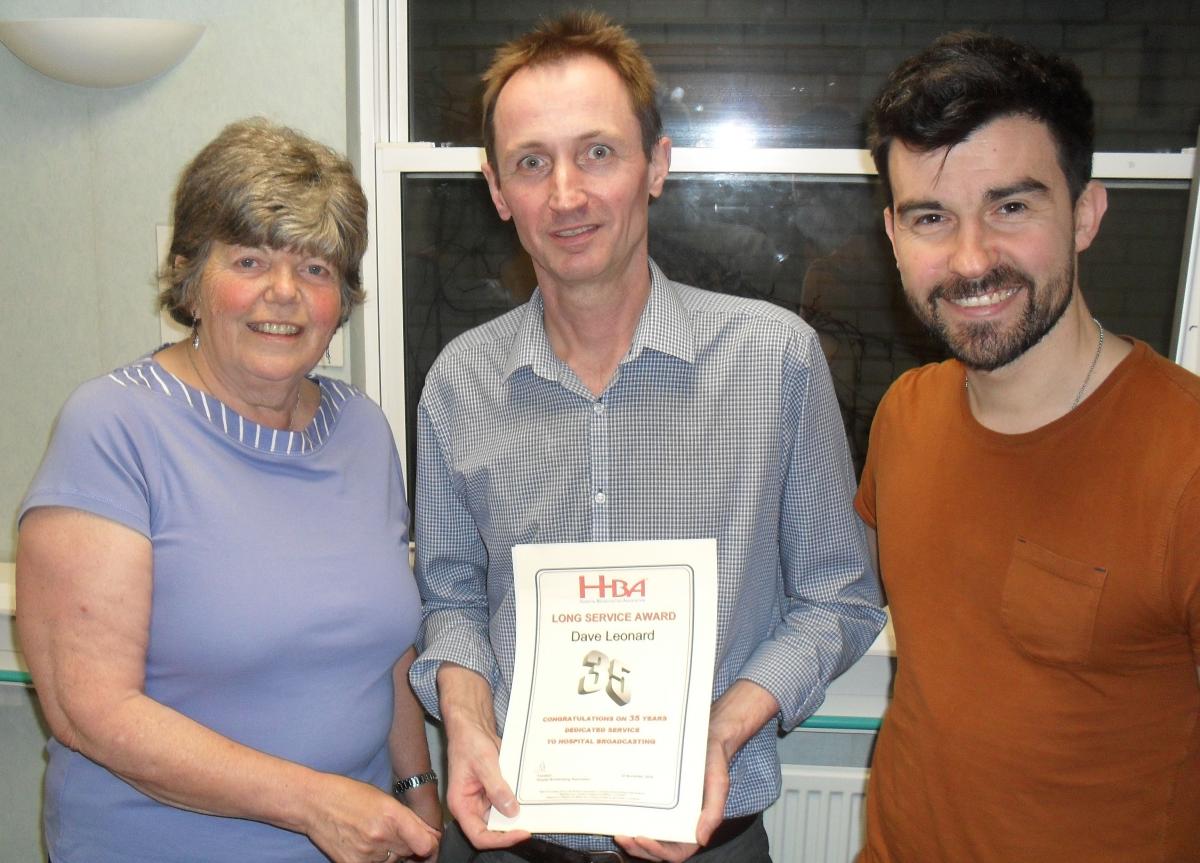 Hospital Radio Basingstoke's Dave Leonard was given his Long Service Award for 35 years by HBA President June Snowden at the station's AGM on 13 March.

June also presented the station's awards nomination certificates to various members of the station including Vernon Pearce who joined the meeting from his home in Spain via Skype.  Vernon's show Smooth Jazz is one of the nominations in the Best Specialist Music Programme category.