Throughout 2022 Coventry Hospital Radio will be celebrating 50 years of broadcasting.

Hospital radio in Coventry first originated towards the end of 1971 when an American patient wanted to listen to Coventry City football matches while he was in the hospital and found out that this wasn’t possible. When he got out of the hospital he set up a trust fund which paid for landlines to be connected from the Sky Blues old ground of Highfield Road to the hospital radio prior to Coventry City moving to their new ground at the Ricoh Arena in 2005. 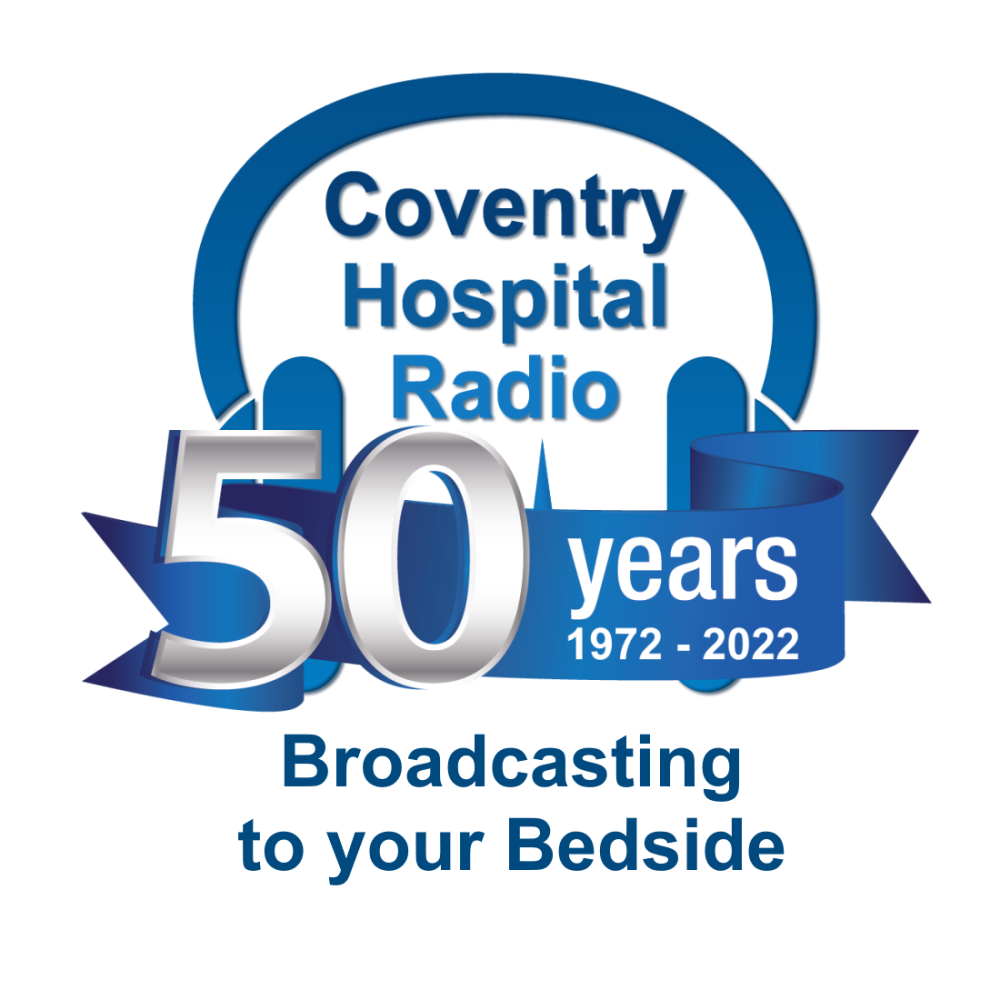 It was soon realised that the same network being used for broadcasting these games could also be used for a hospital radio circuit. This was the beginning and in 1972 hospital radio in Coventry was established. At its start the station was known as Walsgrave Radio then in 1980 the radio joined the hospitals Voluntary Organisation and the name of the station was changed from Walsgrave Radio to Coventry Hospitals’ Broadcasting Service. Many members soon joined and a variety of programmes were soon making there way out to patients in the numerous hospitals within Coventry.

During the 1980s when local radio stations were springing up there was a steady stream of volunteers’ eager to learn the skills of broadcasting so they could apply for jobs within these stations.

Some of our past volunteers include:

2003 saw the introduction of a 24-hour broadcasting system and the use of new software packages, this enabled hospital radio in Coventry to broadcast direct from a computer to the patients within the hospital. This system also made it quicker to find patients requests since most of our CD music was held on the database.

In July 2006 a brand new hospital was opened on the site of the original hospital and we were able to move out of a broom cupboard in the basement of the old hospital buildings into a state of the art complex with 2 radio studios where we broadcast to around 1200 bedside units within the hospital.

In 2014 Coventry Hospital Radio as it’s now known started broadcasting online via our own website ‘coventryhospitalradio.org’ as well as throughout University Hospital Coventry.

Today Coventry Hospital Radio (CHR) is managed by an elected committee and has 37 volunteers consisting of 30 presenters who broadcast live shows throughout the week playing a great range of music, 5 Ward Visitors 1 librarian and our trusted engineer who keeps everything ticking along.