The Hospital Broadcasting Association (HBA) are delighted to welcome a new hospital, health and wellbeing broadcasting service to its membership portfolio, which has recently relaunched at Kettering General Hospital.

KGH Radio, the radio service for patients in Kettering General Hospital and the wider community have become HBA Members. Speaking of their relaunch, Ash Davies from KGH Radio said: "We are absolutely delighted to announce the recent relaunch of KGH Radio. Thanks to Kettering General Hospital and their charity fund, we now have a modern and professional studio which allows us to broadcast music online 24/7 with our daily live output growing each month as we recruit more volunteers."

"Having a hospital radio station will help to provide the patients of Kettering General Hospital with a great form of entertainment, and we welcome regular listener engagement to ensure the radio service is fully interactive."

Staffed entirely by volunteers, KGH Radio is a great example of partnership working between volunteers, NHS and the wider community and has enormous potential with developments in technology hopefully allowing the station to expand its reach. The station wishes to extend its gratitude to the HBA team for its continued support and advice. 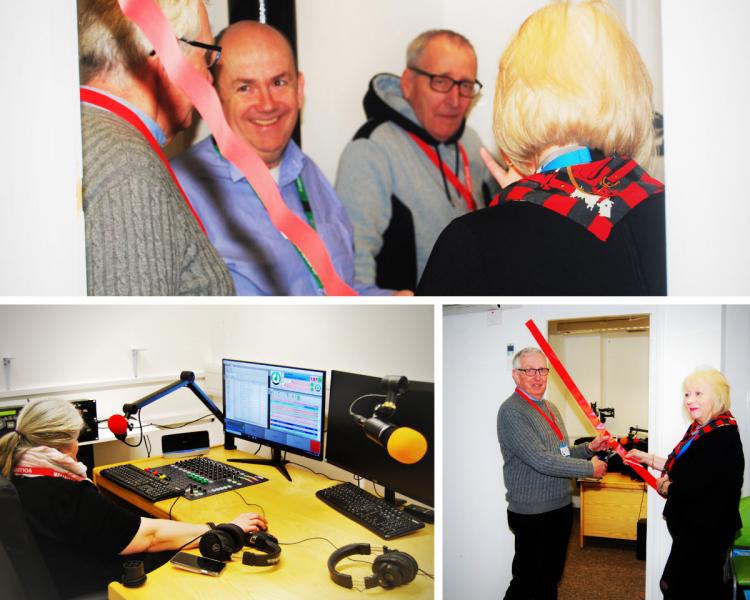 "It was a very sad moment when the Hospital Broadcasting Association was contacted by the original station to be advised they were calling time due to being faced with a number of challenges. However, when we heard and took questions from both the hospital trust and the team trying to subsequently set up the new service we were very pleased to offer our expertise and suggested they look at a Charitable Incorporated Organisation (CIO) structure and provided a model constitution and guidance."

"I understand the team will be broadcasting via internet and intranet stream to patients via the hospital WiFi. In addition to patients' own devices, apparently there are tablets with Bluetooth speakers available for patient entertainment purposes. In this way the team at KGH Radio have innovatively tackled one of the challenges faced broadcasting onto the wards."

"It’s also wonderful to see the forward looking trust being supportive and appreciating how the volunteers at hospital, health and wellbeing radio stations have a positive impact on psychosocial health outcomes around the wards and local neighbourhood in several ways including reducing boredom by entertainment and loneliness by social interaction."

Find out more about KGH Radio on the station's website.