Ensuring the music continues in Chichester

Inevitably, Chichester Hospital Radio’s on-site studio at St Richard’s was obliged to close at the beginning of the lockdown.

But that hasn’t stopped the music. Far from it.

The music, the programmes, the documentaries and the dedications have continued to flow – at a time when arguably CHR has never been more important.

Patients and staff at St Richard’s are continuing to be entertained 24/7 with a wide range programmes, all put together by head of programmes Pete Crew from his home in Gosport. 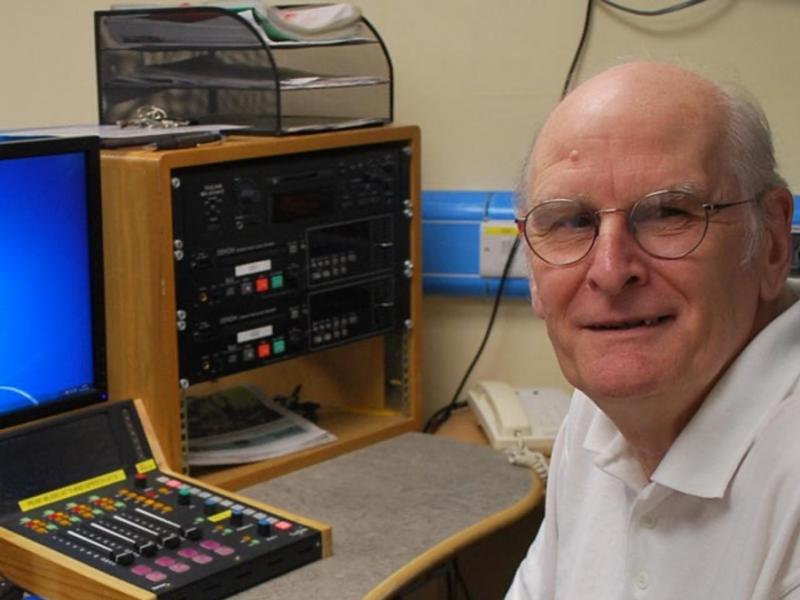 Pete can’t get near St Richard’s at the moment, but he has ensured that the show goes on – a job he has been doing now for the little matter of 35 years.

Inevitably, patient contact and patient feedback are very limited in current conditions, but Pete has been drawing on his long knowledge of just what exactly patients need and want.

For Chichester, Pete gets contributions from a small team of other presenters - "all social distancing who send me recordings they have created at home to schedule."

Pete started at CHR in 1981: "And the reason I did was that I felt I had this record collection that I was sure other people would like to hear. Very soon I was asked to take over the library at the station, and then I became station manager, but the job I always wanted was the programming side because I always had lots of ideas. I have tried to step down a few times, but I am still there – and that’s great!

“With the different stations I work on, you have to realise that the audiences are totally different. You have to focus on your audience and know what they like. You have to remember that the stuff people might like to listen to when they are not feeling well is not the same stuff that they would be listening to normally. It just won’t equate to what you would normally want. In hospital, you want things that make you feel more relaxed, things that are familiar to you. You want things that will make you forget that you are in hospital.

“When we go to see the patients, you don’t say to them ‘How are you? because that takes them right back to where they are. You say to them ‘When you aren’t here, what sort of music do you like to hear?’ We are not doing that at the moment because we can’t get into the wards, but we are forever doing surveys to find out what people want. And you can’t go into it with any preconceived ideas. The patients will throw those right out of the window. There was one time I went to see this person who was in her 80s, and I guessed ‘We are thinking Frank Sinatra, Glenn Miller maybe?’ but no, she wanted Meatloaf!”

Key also, from the programmer’s point of view, is to offer variety. Classic comedies like Dad’s Army and The Goons are always popular, as are documentaries and concerts.

Live programmes are obviously difficult at the moment, but through Facebook Pete can certainly pick up on requests that relatives are wanting for their loved-ones that they cannot visit for now.

Also, the current situation has offered a chance to look back into the archives. There is also a programme called Our Heroes – with appropriate music to celebrate our key workers, songs, for instance, such as My Old Man’s A Dustman and Ernie (The Fastest Milkman In The West), plus songs with lyrics which seem particularly appropriate in the circumstances.

“Despite being in Hampshire I upload schedules everyday as usual as well as edit anything new that our presenters are able to record at home.

“We also have a Song For The Staff every single day played at varying times so that shift workers can hear it.”