The Radio Academy Festival 2020 took place from Monday 9th to Friday 13th November and explored 'the new normal' for radio and audio in the UK, celebrating the extraordinary way that radio and podcasts have supported audiences during recent, challenging times, and we supoprted each other by sharing lessons learnt during lockdown. The festival comprised of a plethora of sessions from seasoned radio professionals with formal sessions, debates and open discussions.

We asked the delegates from HBA Member Stations who attended for their feedback on the Radio Academy Festival, many of whom were able to benefit from the unique mix of informational and educational content, intertwined with entertainment. Attending from Sunshine Hospital Radio based in Weston-Super-Mare, North Somerset was Steve Ledbrook, the following words are his:

The Hospital Broadcasting Association obtained free tickets for the Radio Academy festival, it was great news to find out I had actually been drawn out to win one of these tickets. The Radio Academy is a registered charity dedicated to the development, promotion and recognition of excellence in UK radio and audio. The Virtual festival was five afternoons of debate, discussion and celebration. An action-packed schedule that taught me so much about national and local radio. All this via an online events platform which was simple to use with a host of presenters, speakers and audio packages 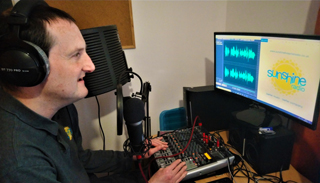 It would be hard to choose one particular favourite during the festival but highlights for me included Absolute Radio's Danielle Perry interviewing Radio 2's Jeremy Vine, really learned a lot about his amazing career and enjoyed his stories, though not sure how he fits everything in. Also, Ken Bruce interviewing himself about his own quiz pop master was clever and very entertaining

The podcast on 'Can we replace our presenters with Robots' was thought-provoking and could this really happen?

I found Keri Jones talking about the unique Shaftesbury community radio podcast really interesting and fantastic to see how such a small team of volunteers managed to put so much together from just using mobile phones, tablets and social media. I would feel very lucky to be part of the Shaftesbury community.

I did enjoy taking part in the Scott mills quiz at the end of the festival, surprising myself with the knowledge I didn't think I had. I even got a brief mention for Sunshine Hospital Radio.

I would say that I think a section relevant to hospital radio stations and how much they were involved during the pandemic would have been a good addition to the festival, especially with what many have gone through and how despite the current climate they still keep going. Our service is unique and has been a vital service to hospitals across the country.

I really enjoyed the festival and many parts of it would really benefit other members of Sunshine Hospital Radio and help give a renewed focus and ideas to help develop hospital radio stations further. I will be making sure others at my station take up the offer of free membership to the radio academy and hopefully, others can get the opportunity to relive some moments from the festival. It's also essential the Hospital Broadcasting Association keeps this vital link to the radio academy.

It was good to see how the radio industry got together during the festival to showcase everything they do. Radio has been a real lifeline to many people during the Covid-19 pandemic but importantly having something local and having an easy way to stay in touch with what's happening around you."

As a result of the Coronavirus pandemic, organisers produced and hosted the event via an online platform across five days, with catch-up and on demand content making accessiblity easier and more convenient for those who otherwise might not have been able to attend a physical event. Luke Davies, representing Radio Glamorgan was intrigued to see how the online festival would take shape, and shared his experience with HBA:

I’d never in the past have attended a Radio Festival event, never in person, or indeed attended an online event. During this year, I think attending events has been something we have missed as a community. Especially since the HBA Conference was cancelled and the awards were moved to an online audience. So when I put my name into the ballot for Tickets to the Radio Festival on behalf of the HBA, I was curious to see what an event like the Radio Festival would be like and also I heard many positive things about it, so when I won tickets from the ballot by the HBA I was excited to see what the festival would offer.

The first day of the festival was absolutely brilliant we were treated to a radio talk from Stephanie Hirst interviewing Peter Dickson and our chum Alan Dedicoat. It was great to see both men share their stories about life on the airwaves and hear Alan give BBC WM a Happy Birthday celebration and also for Peter to promote and share stories from his new book “Voice Over Man”. 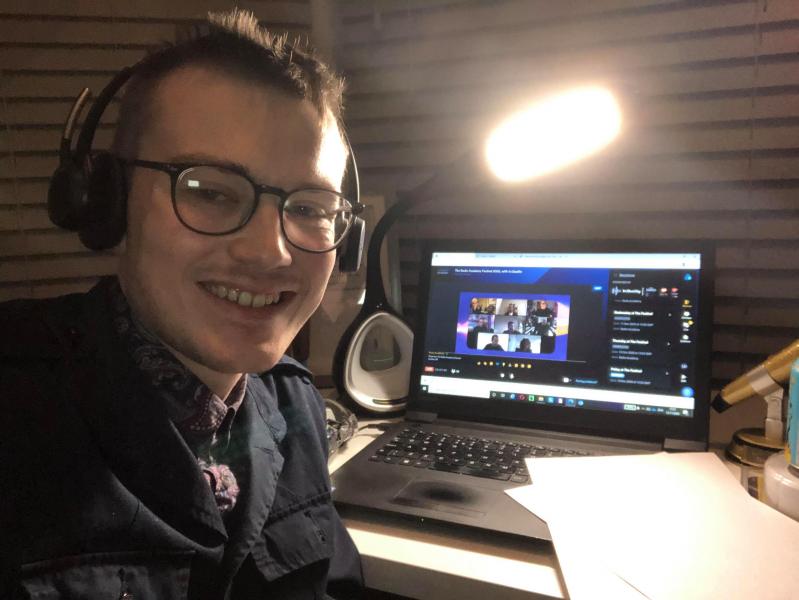 Another memorable talk from Day 1 was from the legend Ken Bruce who shared with us a history and insight of Popmaster. What made this talk more inspiring was it was Ken basically interviewing himself as the Quiz Master and the contestant, respectively. On Day 2 we were treated to an afternoon of talks centring around public service in the radio industry, a talk conducted by Amol Rajan who interviewed John Whittingdale. Putting politics aside I found the talk to be really entertaining, and I would never have put Mr. Whittingdale as an Absolute Rock fan, but it was also informative about the future of radio and how the Government would look at protecting the future of the wireless. To end the afternoon we were treated to amazing speech from Dee Ford of Bauer Radio. Dee basically talked to us about how important the radio industry has been during COVID and how almost everyone in Bauer have learned to work remotely from home. Her speech was accurate to its wording, as I myself have been working remotely from home during this pandemic and whilst it’s been challenging it has also been rewarding and I too am pleased I was able to pick up a new skill.

I wasn’t available to attend the Wednesday sessions, due to other commitments but on the Thursday we were treated to a series of talk centring around talk radio. What I really enjoyed about this day was that I found it to be an educational, because I am not a big listener to Talk stations. I found the story of the launch of Times Radio exciting, especially since they launched during lockdown and had to communicate remotely. Watching these seminars from the Thursday has now made me listen into stations like LBC and Times and learn more about Talk Radio.

The Friday was an absolute blast and they certainly know how to “Save The Best for Last”. Why do I say this, well because it was an absolute blast with the three seminars I signed up to listen too. The first was an interview Annie Mac conducted with Lorna Clarke, who is controller of pop at BBC Radio. And what an insightful interview it was, because this was a woman who was clearly passionate about what she did and how she did it. She also gave the best advice which was “There is No Can’t”, which in the industry I have always thought is true, because you don’t know until you try. Following the interview, the next talk was Edith Bowman chatting to the legend Nile Rogers. The genius behind Chic and writing and producing music for some of the biggest names in the music industry had now begun a new radio series on Apple. It was great to hear Nile give an insight and explain why he decided to switch to the wireless. To round the week off we were treated to a quiz hosted by Scott Mills and what fun it was indeed. Alas I didn’t win the quiz, but I did score 47/100. Not too high, but not too low either.

For a first timer, I really enjoyed the event, talks and seminars from the Radio Festival and I am grateful to the HBA for giving me this opportunity. I mainly attended as an observer to see what these talks were like as I was new to all of this and had never attended a festival before. But after the first talk on Monday afternoon, I was in heaven. The Radio Academy certainly know how to impress and win over a crowd and keep their audience entertained and also educated at the same time. It would be very hard to pick out a favourite moment from this year’s festival, because all the talks and stories were very well produced and extremely insightful.

I learned a lot from the five days of the Radio Festival, from the importance of Public Service on the airwaves, to working remotely from home, to the history of Popmaster and even finding out the Minister for Media and Data has support for all forms of Radio. I want to thanks the HBA for this opportunity, had they not offered tickets I honestly don’t think I would have considered becoming a member of the Radio Academy and feeding back info to the team of Radio Glamorgan at the University Hospital of Wales. But now, I want to learn more from the Academy and the radio world.

"I thought the event and the sessions were thought-provoking and entertaining. Would like to have seen a bit more on the technical side of broadcast being covered but I've signed up for Techcon so hopefully will glean info from that as well."

And John Graham from Grampian Hospital Radio enjoyed the sessions with Annie Mac and Lorna Clarke:

I found many of the interviews really interesting and inspirational. Great interview with Annie Mac and Lorna Clarke; It was inspirational with her "anything is possible" attitude and evidence of great leadership too. I found the interview of the new KISS breakfast presenters Jordan Banjo and Perri Kiely insightful, particularly around how they defined their new breakfast show.  I also enjoyed the Nike Roger's interview, he is so humble.

Overall it was a real privilege to get free access through the HBA. Ithoroughly enjoyed the whole week even the Scott Mills quiz at the end. I will be feed back to my fellow colleagues. Thank you again for allowing me to be part of it.

For more information about the Radio Academy Festival, you can visit the event's website.