Radio Frimley Park is one of a number of stations that have taken the plunge and become a CIO.

They found the guidance available from the HBA absolutely invaluable. Part of the process involved re-casting the station's charitable objects, which now include the promotion of health and wellbeing. 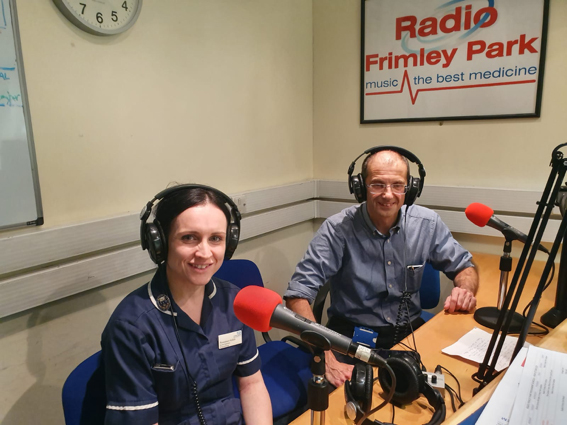 o far so good. But what does it mean? Radio Frimley Park up until then had almost exclusively sought only to entertain patients - to try to make the time they needed to spend in hospital pass a little more agreeably. Now there was a chance to educate and inform as well as just to play requests, and the station is starting now to involve members of staff and to provide a platform for staff to become more involved in its output.

The pilot recording was so well received, that a series is now planned for the future and will be tweeted as “Radio Rheumatology.”

Radio Frimley Park is very excited about these first steps to bring informative and educational content to the patients and their families. The station looks forward to more such ventures with other departments within the hospital, and this dovetails very well with the improved communications infrastructure within the hospital facilitated by WiFi Spark, and additional exposure via social media.