Hospital Radio to the Olympics 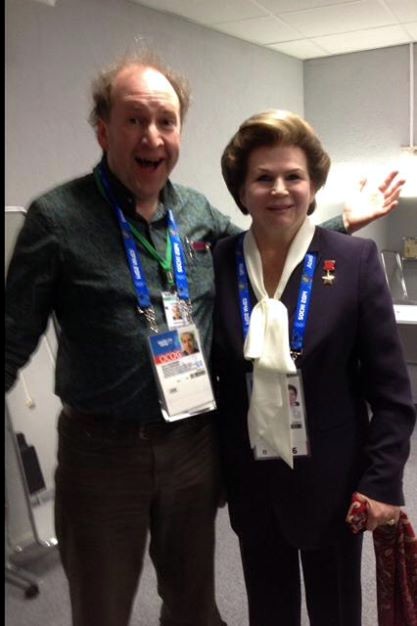 John Cavanagh who started his broadcasting career with Glasgow’s Hospital Broadcasting Service (HBS) was the English language voice for the opening and closing ceremonies of the 2014 Sochi Olympic and Paralympic Games.

John was one of three announcers who introduced all the teams and events at the ceremonies in their respective English, French and Russian languages and whose voices were heard by an estimated global TV audience of 2.5 Billion during the opening ceremony on 7th February.

John hasn’t forgotten his hospital radio beginnings and at the start of January was back on HBS during a special launch programme for the new studios and also came back again in April 2014 to chat for an hour about his amazing Olympic experiences and play some of the music which featured in the ceremonies.

Image: John Cavanagh in Sochi with Valentine Tereshkova - Olympic flag carrier in Sochi and the first woman in space