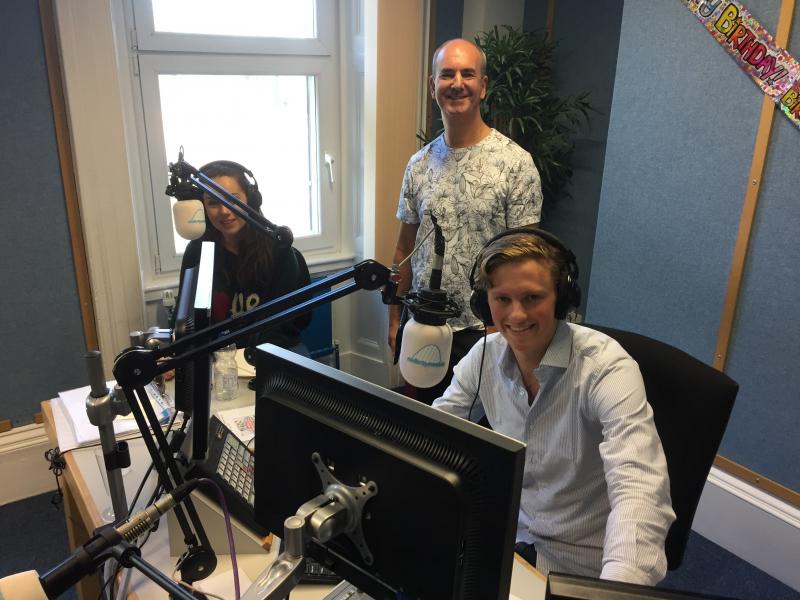 Thursday 6th October saw the 65th birthday of Radio Tyneside, the first ever broadcast back in 1951 being a football commentary from St James Park.

Radio Tyneside decided to celebrate the birthday on the previous Sunday (2nd) as it was the best day to get as many presenters live in the studios across the day starting at 7.00am. During the day a number of ex-volunteers popped in to visit and have a chat on air along with representatives from various other local charities the station has worked with over the years plus members of other local hospital radio stations.

The station's special guest was the Lord Mayor of Newcastle, Councillor Hazel Stephenson, whose father, a number of years ago was the organisations Vice President. Councillor Stephenson was interviewed on air about her duties, especially as the Newcastle City Council celebrates the 800th anniversary of having a Lord Mayor.

Prior to the day of the birthday, the stations volunteers had been selling tickets for the 65th Birthday Draw. The station had 35 donated prizes and the draw took place on the day and raised £888. Later in the evening many of the team went out for a meal and a few celebratory drinks.