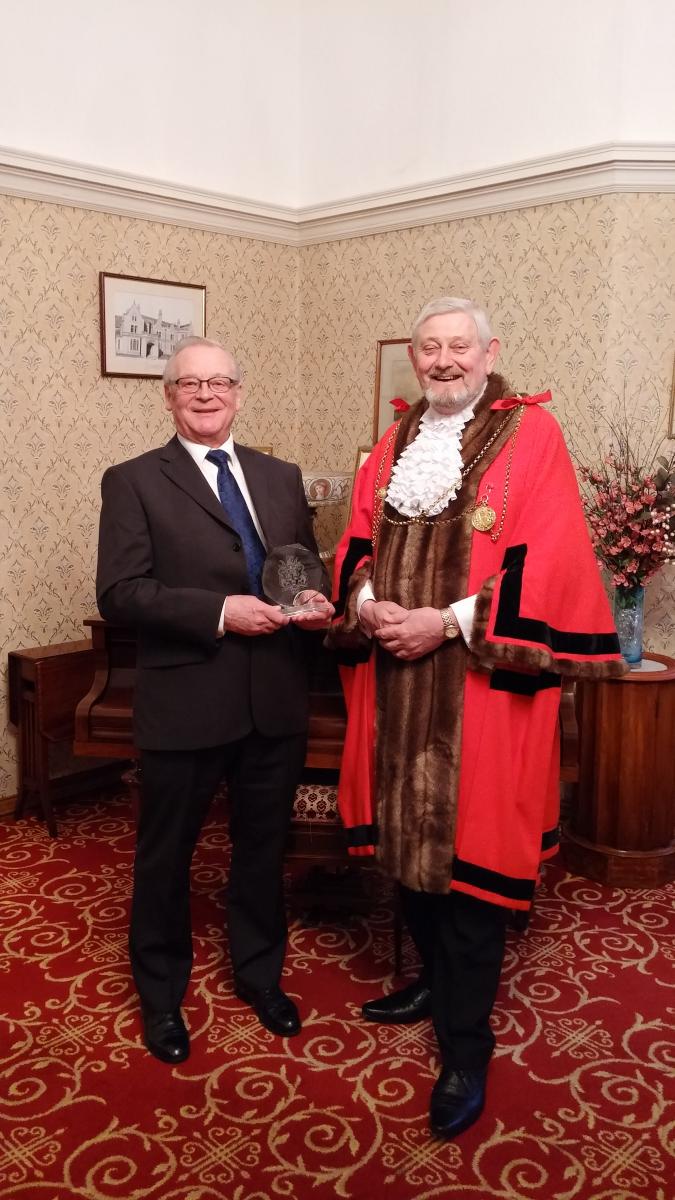 Last night Radio Tyneside Chairman/Station Director, Dave Nicholson, received a one off award from the City of Newcastle upon Tyne.

The award, known as the Lord Mayor Award 800 was presented at the Mansion House last night in recognition of over 40 years service to Radio Tyneside, the hospital broadcasting service for Newcastle and Gateshead.

The Lord Mayors Award 800 is being presented once to celebrate Newcastle becoming a city 800 years ago this year and is presented recognising the contribution made by an individual citizen to the life of the City and the wellbeing of its communities.

The citation read by the Leader of Newcastle City Council, Nick Forbes, said "The award is in recognition of David's passion, dedication and longevity of service to Radio Tyneside." Some of Dave's colleagues were present at the ceremony.

Dave said that he was honoured, not only in receiving the award, but the fact that the Council acknowledged the hard work put in by the volunteers of the station.

Radio Tyneside broadcasts to 3 hospitals in Newcastle and Gateshead 24 hours a day and is also heard on AM and online.