The future location of Southern Sound remains uncertain following the notification from NHS Greater Glasgow & Clyde that the building which has been the home of Southern Sound for the last 19 years is to be demolished in 2015 as part of the redevelopment of the New South Glasgow Hospitals Site in Govan, Glasgow. The notice has come as a blow in its 40th year of hospital broadcasting however the station remains optimistic that affordable alternative accommodation will be found in time to start broadcasting to the New South Glasgow Hospitals in 2015. 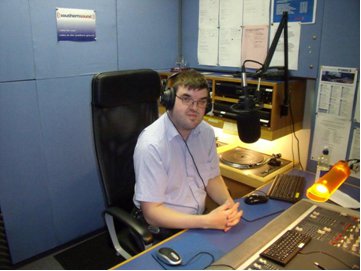 Discussions are already underway with the NHS GGC on future alternative accommodation which will move Southern Sound out of hospital grounds in Govan since its been confirmed there is no alternative space available on the existing site to accommodate the radio station. Options include a single location at commercial premises close to the New South Glasgow Hospital or co-location with other Glasgow Hospital Radio Stations somewhere in Glasgow, the outcome of which should be known later in the year. Station Chairman Dr John Brisbane said:

“It’s a very worrying time for us particularly when the station has been based in the hospital for the last nineteen years. We are not quite sure at this time how this will hit us financially particularly if we are to move to a commercial facility in such a short timescale. We remain optimistic of our own plans however and have launched Project Horizon to focus our attention to these matters with the aim of being in alternative accommodation and broadcasting to the New South Glasgow Hospitals when it opens later in 2015”