Sunshine Radio's not fooling around - they're online!

It may have been April Fool's day, but not for Sunshine Radio. April 1st was their first day broadcasting online, increasing their reach from patients of St. Mary’s to the rest of the island and even the world. Now broadcasting from 10am to 2am the following morning, their winning formula is set to shine on.

Based at St. Mary’s Hospital, going online will make it easier to listen to Sunshine Radio both in hospital, at home, and across other island NHS sites. They have received huge support from local companies in donations for studio refurbishment and in sponsorship, without which this milestone would not have happened.

Accompanying this milestone, was the commencement of an expanded schedule and broadcasting hours. Sunshine Radio now broadcasts from 10am in the morning round until 2am the following morning, giving listeners even more hours of quality and varied local radio, as well as important local non-health announcements. 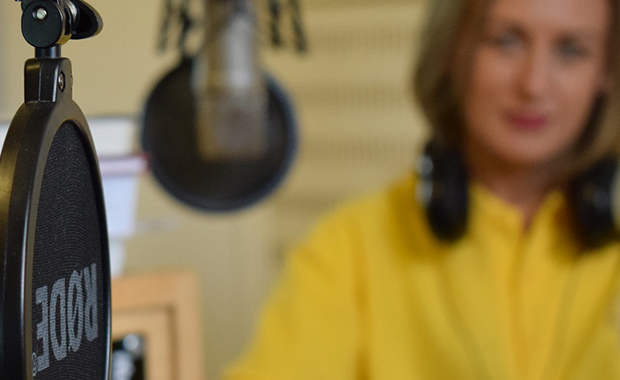 Sunshine Radio is by no means slowing down after 45 years but staying on top of it’s game as one of the longest running hospital radio stations in the country. Perhaps their secret is that they are not governed by predetermined playlists. This ensures a broad spectrum of music genres, and therefore shows, for the listening pleasure of patients and now the whole island. They currently hold a request show once a week, which they plan to increase.

This milestone is testament to the incredibly hard working volunteers that run the radio. From presenters to committee to engineers, they are all volunteers who give up their time to provide this wonderful service for patients that brings some joy to the often daunting hospital experience. Through their love of radio and the island community, those at Sunshine Radio maintain their focus of music for the island from the island, with this new exciting era ahead.

To mark the launch day, a packed schedule with music to suit all was broadcast throughout the day. The superb live content from presenters included James Harwood and Anne Lovelock who kicked proceedings off at 10am, followed by Dan Beston-Turner and Bob Wells with a chatty show, James Wilson and James Harwood with a funk show, and Steve Parkes with Jazz and Blues. The day may have ended with the usual nitecap tradition from Station Director Anne Lovelock, but broadcasting continued through to the new broadcasting cutoff of 2am. Even Mark from Level 42, Rob da Bank, and Alan Dedicoat gave their support in recording adverts and messages for broadcast.

So go on, take a listen or make a request. Listen online and contact us via 01983 534457 or via *800 from the hospital bedside consoles to make a request. You can find us out and about over the summer at Riverfest, the Chale Show, and the Garlic Festival.